The Colony has developed a citywide Trails & Bikeways Master Plan to guide the implementation of a trail system throughout the community. Our trails link neighborhoods, tie into the Five Star Complex and Austin Ranch area, and run along the shoreline on Lewisville Lake. The city’s network of bicycle paths helped earn the community honorable mention recognition as a Bicycle Friendly Community from the League of American Cyclists in 2017. All trails are ADA compliant.

Designed as an environmentally sensitive hike-and-bike trail, The Colony Shoreline Trail traverses through 3.5 miles of undisturbed nature, starting at Stewart Creek Park and ending at Ridgepointe Park. The trail materials and routes were carefully selected to diminish their impact on the surrounding natural environment – minimizing disturbance to the native vegetation, protecting large trees and wildlife habitat areas.

Designed as an environmentally sensitive hike-and-bike trail, The Tribute Shoreline Nature Trail traverses through 2.5 miles of undisturbed nature, and includes a scenic overlook of Lewisville Lake at the tip of the peninsula. The trail materials and routes were carefully selected to diminish their impact on the surrounding natural environment – minimizing disturbance to the native vegetation, protecting large trees and wildlife habitat areas.

Located within Hidden Cove Park, the Hidden Cove Nature Trail meanders for 2.28 miles along Lewisville Lake in the southern portion of the 720-acre park. The park, however, is privately operated and requires an entrance fee to access.

On and off-street trails for bicycles and pedestrians

For now, the city’s Park Loop Trail consists of 0.5 miles of concrete paving within the Legends neighborhood. It runs from Slay/Baker Park to North Colony Boulevard near the Aquatic Park. However, the Park Loop Trail will, in fact, eventually form a loop starting in the northeast corner at B.B. Owen Elementary School, going south through the nearby greenbelt and the Legends subdivision all the way to South Colony Boulevard, where it’ll go west to Greenway Park near Blair Oaks and then turn north all the way through the utility easement to Squires Drive and back over to B.B. Owen. Each section must be carefully planned and constructed as time and funding allow, including linkages where the trail connects with North and South Colony boulevards in order for bicycles to ride the slip roads. One day, the Park Loop Trail will connect 11 parks and three schools!

The Lebanon Trail is a 2.8-mile, on-and-off street concrete trail with a poured-in-place rubber surface and soft surface materials that runs along Lebanon Road in The Tribute and connects nearby neighborhoods to The Tribute Shoreline Nature Trail.

Lastly, the city boasts about 10 miles of on-and-off street trails along major thoroughfares including Main Street, North Colony Boulevard, South Colony Boulevard, and Memorial Drive. The trail along North Colony leading into Stewart Creek Park was recently extended across and along the adjacent roadway to reach the park’s new playground and basketball court. New trees have been planted as well, which will provide a canopy for the trail once they’ve grown in. 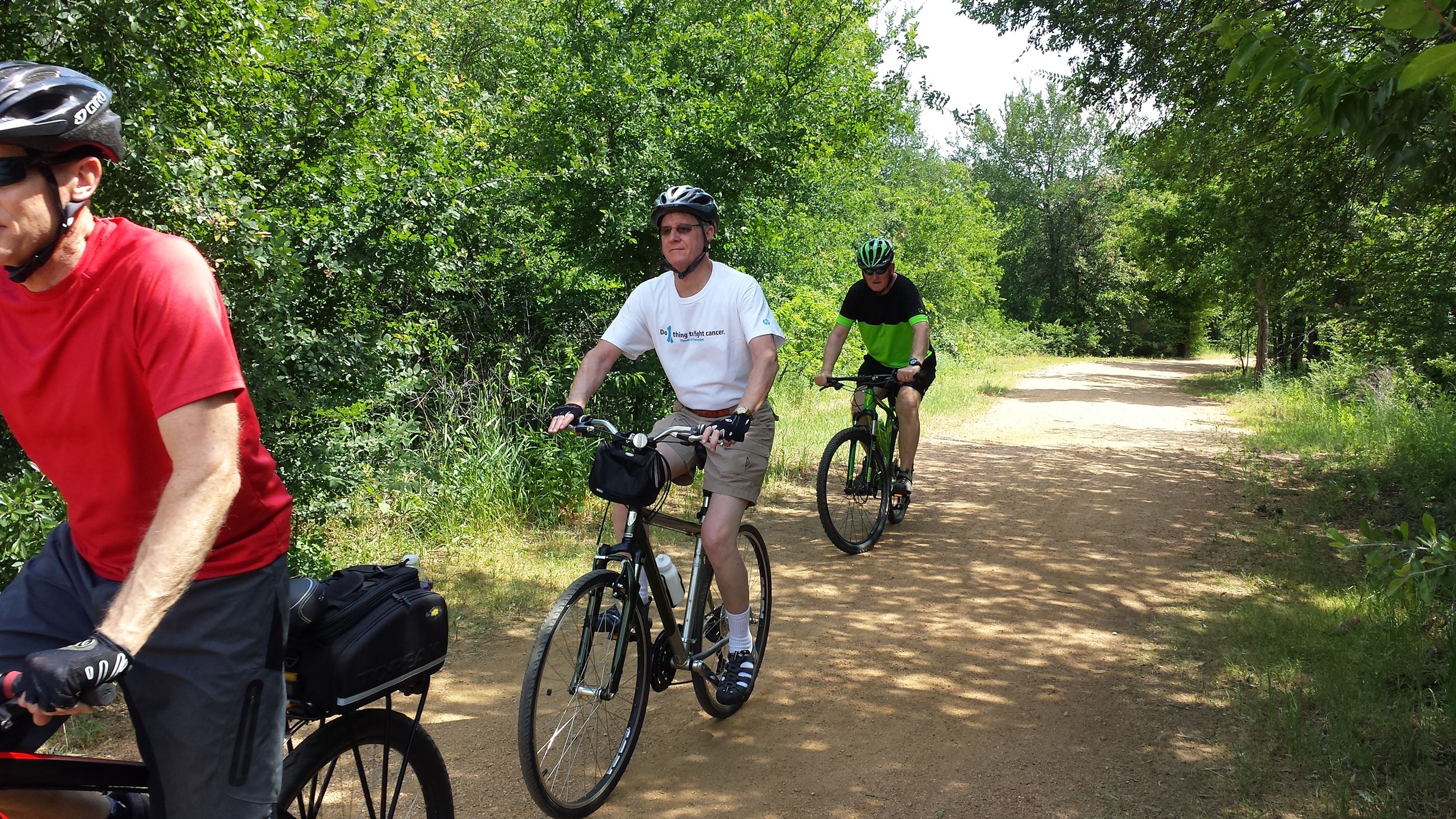