The Colony Police Honor Guard is a part-time unit that is comprised of members from various divisions within the department.

The main mission is to represent The Colony Police Department at community events, award ceremonies, at the police officer’s memorial ceremony, and to attend funerals for officers killed in the line of duty.

The members of the unit stand ready to pay their respects to officers that pay the ultimate price for their community. Since its establishment, TCPD Honor Guard members have attended dozens of funerals at agencies all over the DFW area. They often do not know when they will be called upon for service so members of the Honor Guard must be ready to attend events at all times.

The Honor Guard Unit members can be assigned to a number of intra-unit teams with varying responsibilities:

The Color Guard: A four- to six-officer complement whose center-marching members serve as bearers of the Stars and Stripes and all secondary flags; two rifle-bearing members flank the flag-bearers.

Flag Detail: Seven members (six officers addressing the American flag and a team leader) designated to fold the flag at the interment ceremony. The team leader is charged with handing-off the folded flag to the Chief of Police (or designee) for presentation to the family.

The Rifle Team: Eight members (seven riflemen and a team leader), charged with the execution of three-volley during burial ceremonies. Two members will be tasked to escort the colors during parades.

Other Honor Guard ceremonial events include: 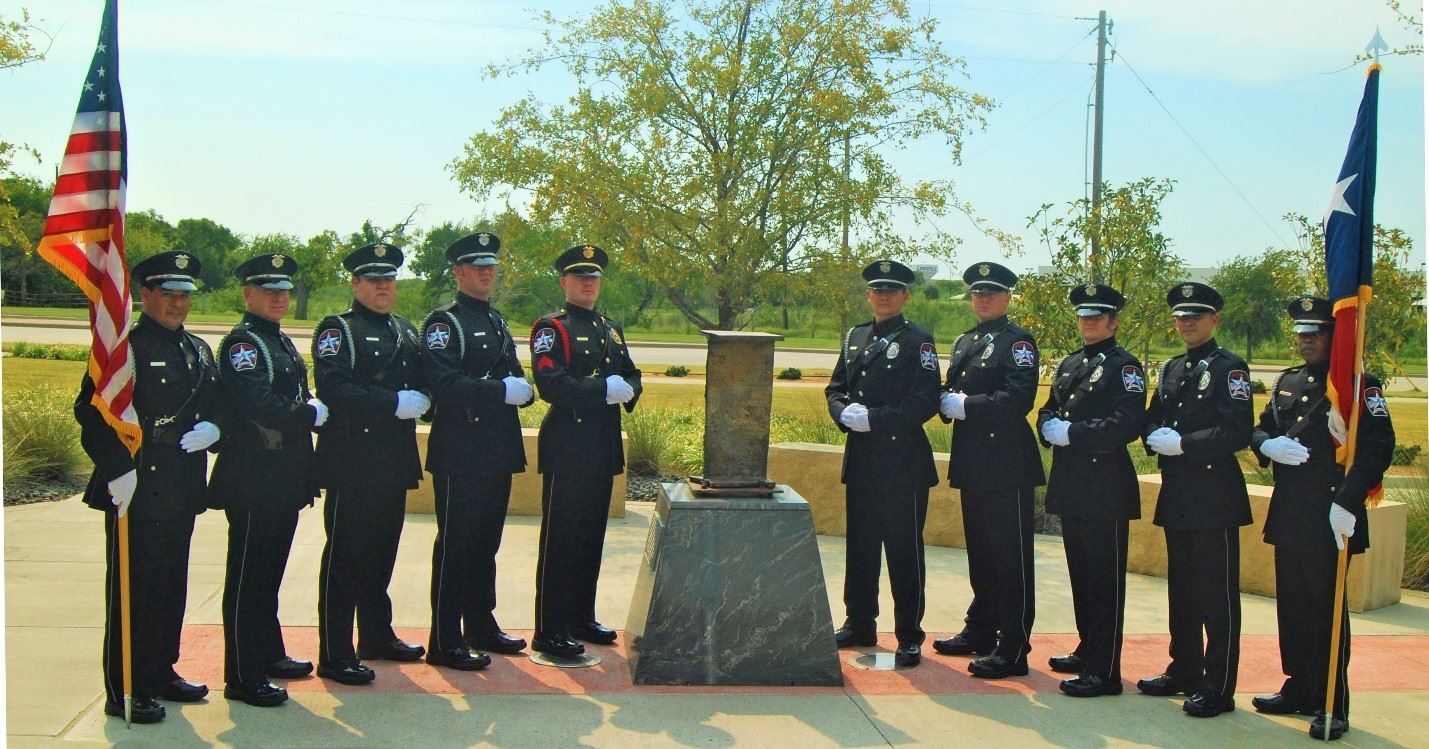